It was a tough year for plastic issuers, legislatively speaking.  They had to absorb a variety of new laws designed to “protect” consumers including Federal Reserve actions, the CARD Act, and the impending caps on interchange fees.  And while none of these new laws have done much to protect consumers, they have acted as an incentive for credit card issuers to charge new and increased fees.  The following is an overview of what credit card issuers went through in 2010, how much it’s going to cost them.

45-Day Advance Notice – Any adverse changes to your existing credit card account must be prefaced, 45 days in advance, by a notification of the impending change.  The notices are not required for account closures or credit limit decreases and there is no “received and understood” verification required.  Additionally, the issuer must give the cardholder the option to “opt out” of the change.  However, if they do so then the issuer can close the account and accelerate the payback requirements.

Under 21 Restrictions – Credit card issuers can no longer solicit or open a new card for someone who is under 21 unless that person has a job or a co-signer.  This has lead to young people seeking co-signers from family and friends to get around this CARD Act provision.

No Over Limit Fees – Fees charged for going over your credit card’s credit limit have been eliminated unless the cardholder chooses to allow the issuer to charge them.  That might sound funny but the issuer will no longer allow the consumer’s “over limit” transaction to be completed, which will result in the ever embarrassing “sir, your card has been declined.”

No More Overdraft Fees – This only applies to debit card and ATM card transactions.  This is actually a Federal Reserve rule but fits nicely with the other CARD Act provisions.  Unless you’ve proactively opted back in to allow your bank to charge over draft fees on debit card and ATM card transactions that take you below the $0 mark of your account, they can no longer charge you the fee.  Again, the issuer will simply decline the transaction at the register.  This will cost the banking industry about 38 million dollars annually according to USA TODAY research.

Cap on Interchange Fees – This only applies to debit cards and will take effect July 2011.  Interchange is the fee charged to the merchant for the ability to accept the card.  It’s sometimes called the “Merchant Fee.”  This fee is normally between 1-4% of the purchase price but can vary.  The odds are that the fee is going to be capped at around 2% or, an even more punishing scenario, around 7 to 12 cents per transaction.  This will likely cost the issuers about 20 billion dollars annually according to the National Retail Federation.

Late Fee Restrictions – Late fees can still be charged on credit card accounts.  However, the late fees must be more in line with the amount due except in cases of chronic delinquency.  For example, if your minimum payment due is only $20 then the late fee can only be $20.

It’s hard to put exact figures on how much each of these new “rules” is going to cost the banking community but it’s safe to say that the figure is somewhere around 70 to 100 billion per year in lost fee income.  This loss in punitive fee income will be subsidized by a broader group of cardholders who will be hit with new fees, an increase in existing fees and by issuers charging higher interest rates.  In fact, according to Synovate the average interest rate on credit cards is now 14.7%, which represents the largest spread between the average credit card interest rate and the prime rate in over two decades.

John Ulzheimer is the President of Consumer Education at SmartCredit.com, the credit contributor for Mint.com, and the author of the “credit rating” definition on Wikipedia.  He is an expert on credit reporting, credit scoring and identity theft. Formerly of FICO, Equifax and Credit.com, John is the only recognized credit expert who actually comes from the credit industry.  He has served as a credit expert witness in more than 70 cases and has been qualified to testify in both Federal and State court on the topic of consumer credit. 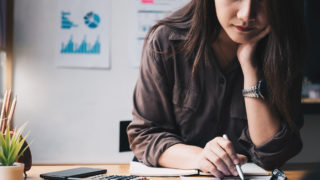 What Is an Excellent Credit Score and How Do You Get One? 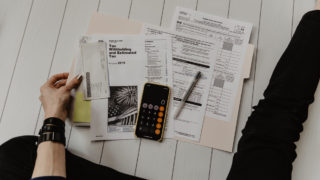 When to Get Free vs. Paid Credit Monitoring