Consumers have been trained for decades to review their credit reports for accuracy.  Then when a mistake is found, to lodge a dispute with the credit bureaus directly.  While historically and in some cases today it might be necessary to write each of the 3 major credit bureaus, in the majority of cases a dispute directly to the source of the problem is the better way of disputing.  Fortunately all SmartCredit memberships come with the power of patented Action Buttons, the easiest and most efficient means for direct to creditor disputes.

Why SmartCredit’s Action Buttons Are Better

·         Credit bureaus reject or ignore a significant number of disputes on technical grounds.  However a dispute directly to the data furnisher eliminates the potential for credit bureau rejection.

·         A single dispute to a data furnisher promotes clarity.  Writing to 3 different credit bureaus could result in 3 varying interpretations of your disputes.  In turn, conflicting information is sent to a creditor.  Moreover, each bureau processes disputes at different times so the creditor may get requests at different times.  All of this has the potential to create inconsistent information from bureau to bureau.

·         Processing a dispute is faster with Action Buttons.  Why mail disputes to a credit bureau who takes valuable time to process them only to later communicate with the creditor?  That unnecessary step can add 1 – 2 weeks to your dispute.  Eliminate the middleman and stop wasting time.

·         Automation is not your friend.  When you write to the credit bureaus they will typically condense your concerns in to a few codes.  Next they electronically transfer those codes to your creditor.  Credit bureau employees, now in a matter of minutes, have reduced that long letter you spent hours perfecting, and detailing a mistake, in to a two digit code.  Uninformed, the creditor then, only seeing that 2 digit code, responds to the credit bureau that the information is not wrong.  By disputing directly to the creditor you get your dispute outside of the unhuman automation.  Better yet, in to the hands of real people who will get your real dispute, not some code.

It is always better to go directly to the source.  Sign up for SmartCredit today and leverage the power of Action Buttons.  www.smartcredit.com

Steve Reger is the Vice President of Sales, Data Breach and Fraud Prevention at SmartCredit.com.  He is a 26 year veteran of TransUnion and an expert on credit reporting, identity theft and financial crimes.  Steve has frequently testified in civil and criminal trials and is one of the only experts to have worked with the credit reporting industry and law enforcement for 3 decades.  Contact Steve directly at sreger@consumerdirect.com. 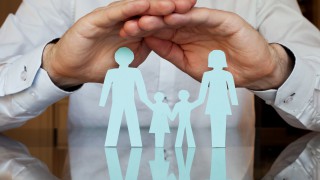 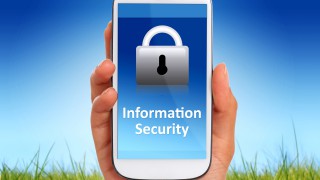 What is Your Identity Worth?