How Many Points Are Late Payments Worth In Your Credit Score?

It is entirely inappropriate and incorrect to say that “X” lowered my score by “Y” points. That’s not what happened.  And it has become very clear to me that however many times I try to explain this it’s never going to get through some heads so it looks like I’ll have to use analogies.

Golf – There’s a rule in golf that you’re not allowed to move your ball or you’ll get a penalty. So, if you hit your ball into some pine needles and you try to move some of the pine needles and the ball moves as a result…that’s a penalty. You may not have moved any of the pine needles that were touching the ball but you may have moved one that was sitting on or under one that WAS touching the ball.  Now, back to credit scoring.  The late payment didn’t lower your score but because adding a late payment to a credit report moves other things around it caused your score to be different than it was before the late payment was added.  If your score is 50 points lower it’s not as if the new late payment lowered your score 50 points…but because the addition of that item caused a different evaluation of EVERYTHING on your credit reports (scorecard hop) the new reality for you is 50 points lower.

Jenga – You know the game Jenga?  It’s a 3×12 stack of blocks and the object of the game is to remove blocks from the bottom and stack them back on top. The more blocks are removed from the bottom and restacked the less stable the entire thing becomes.  Eventually you’re going to remove the wrong block and whole thing comes crashing down. By removing one of the blocks at the bottom you caused the entire structure to become unstable to the point of collapse. It certainly didn’t become unstable because you removed that block though. It became unstable because of the aggregate of blocks removed. Your block just happened to be the straw that broke the camel’s back. Same thing with scoring…if you keep adding derogs to a credit report it becomes so polluted that your score just collapses.  It wasn’t one late payment…it was the aggregate.  NOTE: I am VERY good at Jenga. 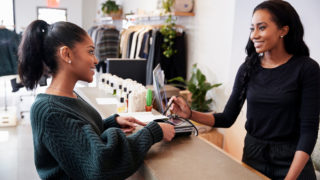 Is It Ever a Good Idea To Open a Retail Credit Card? 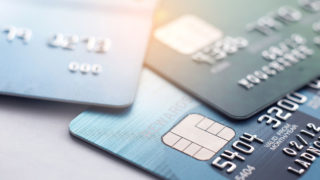 How To Lower Your Credit Card Interest Rate

The Financial Moves We Should All Be Making in 2021