In late July 2013 a jury awarded an Oregon woman $18.6 million over Equifax because of errors on her credit report. Her issue…she had a credit file that was mixed with that of another woman, who happened to have poor credit. So, what is a mixed credit report and how do you avoid this happening to you?

If you’ve got a common name, like “Julie Miller” (the name of the woman in Oregon who sued Equifax), there’s a chance that your credit report could be confused with another consumer with the same name. It’s not enough to have a different date of birth or a different address or a different Social Security Number.

Mixed credit reports, which are not very common but are very difficult to get permanently corrected, are caused when the credit bureau places information belonging to another consumer on your credit reports, and then delivers that report to a lender. If the “other” consumer has poor credit then the lender will assume it’s your information and could deny you as a result. And, credit scoring systems cannot distinguish between your credit data and credit data belonging to another person…so they will “score” the information even if it’s incorrect.

In the case of Miller v Equifax, Ms. Miller filed multiple disputes over a 2 year period and provided her identification information several times but still could not get her credit file segregated from that of another consumer. She was denied a line of credit as a result of collections on her credit report. And for those of you who are new to the credit report game…that’s what some people might call “damage.”

In my work as an expert witness (140+ cases as of this week) mixed files cases do not come up often and when they do it’s rare that that Plaintiff (a consumer) has an otherwise clean credit report. As such, it’s harder to argue that the consumer/Plaintiff has been damaged solely as a result of her mixed report data because there’s a chance he or she would have been denied credit anyway as a result of the negative and accurate information that was on the credit report.

The reason mixed files are so hard to correct is because the lender isn’t sending in incorrect information.  So, they cannot fix the problem because they’re not causing it. The problem is being caused by the credit bureau inadvertently co-minging data belonging to two consumers and placing it on one credit report.

There is a simple way to correct this issue. The credit bureaus can suppress or mask the allegedly incorrect information. This causes it to be removed from the credit report AND it blocks it from being re-added down the road. The challenge, as Ms. Miller found out the hard way, is finding someone to actually take the time to work with the consumer and their lenders to clearly identify what’s accurate and what’s inaccurate and then block to inaccurate information from appearing on the consumer’s credit report.

Credit Reporting Expert, John Ulzheimer, is the President of Consumer Education at SmartCredit.com, the credit blogger for Mint.com, founder of www.creditexpertwitness.com and a Contributor for the National Foundation for Credit Counseling.  He is an expert on credit reporting, credit scoring and identity theft. Formerly of FICO, Equifax and Credit.com, John is the only recognized credit expert who actually comes from the credit industry.  You can follow John on Twitter here
Tags:
Share on Facebook
Share on Twitter 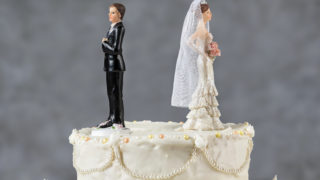 4 Tips to Maintaining Good Credit During a Divorce 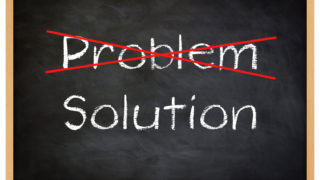