The category that increased the most from 2009 was “falsely threatens arrest or property seizure”.  The top three complaints were” repeated calls” which was considered harassment; “misrepresent debt character, amount or status” such as trying to collect a debt discharged in bankruptcy ; and “no written notice” for example, failure to send required consumer notice.  Obviously, one complaint covered more than one category such the percentages total more than 100%.

The FTC investigates the complaints and if an investigation reveals FDCPA violations, the FTC files suits seeking relief for consumers or goes through the Department of Justice as a civil suit.  Not every complaint is a violation and not everyone files a complaint because they may not be aware of their rights.  On the other hand, there are millions of consumers being contacted by collectors and not all are harassed.

It is important to be informed of your rights. If you are mistreated by third party collectors, you need to file a complaint with the FTC. The complaints seem to be going up, not down. 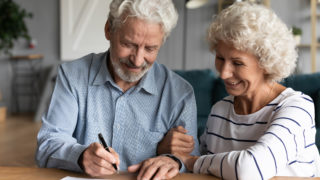